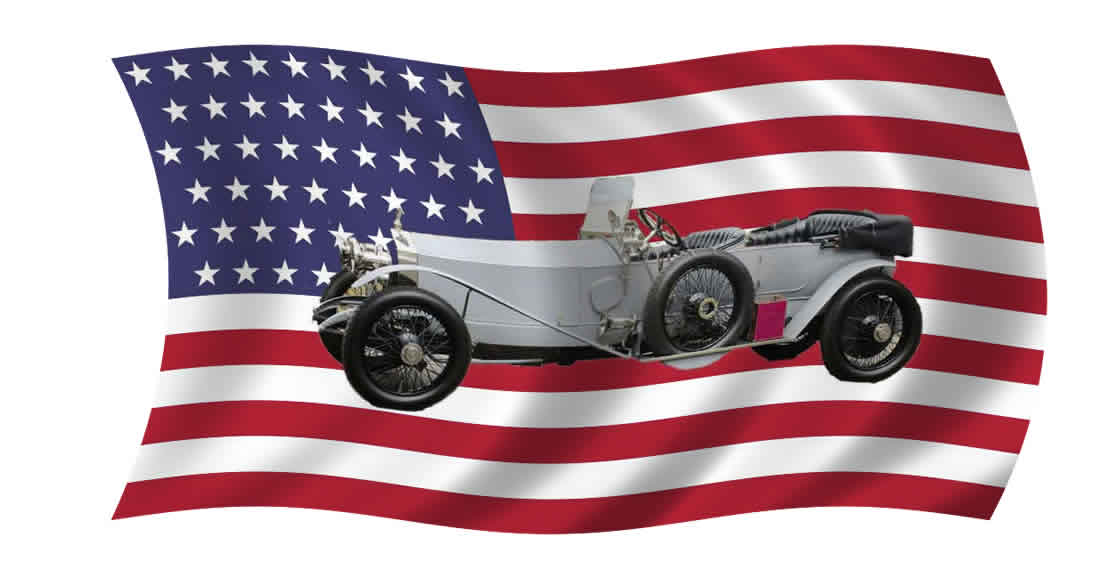 How many British companies have set out to build their products in bulk in the United States, only to see their dreams turned to ashes? After World War I this is just what Rolls-Royce was about to do.

It all looked like a good idea at first. In 1919 America was undisputedly the richest country on earth with the largest number of people able to afford the type of car that Rolls-Royce produced. Indeed a lot of them had already done so before the war, with many of them buying their cars in the United Kingdom and shipping them over to the United States themselves. Setting up a manufacturing operation in America producing identical vehicles to those made in Derby seem like a guaranteed path to success.

A company was set up, finance raised and a manufacturing facility created in Springfield, Massachusetts. One of the reasons for picking this precise region was that armaments had be produced there for a very long time and after the war was over there was a ready pool of labour with engineering skills to call on. By 1920 production had started; and a few snags in the operation became immediately noticeable.

Rolls-Royce cars were expensive. much of the reason why wealthy people would pay several times the price they would have to find for a car made by a competitor was sheer snob value. Having a Rolls-Royce car that was made in Derby, in England, and then shipped over to the United States had much more of a cachet than buying one that was built in America, by Americans. Those customers who had already bought a UK manufactured car made no secret of the fact that they were unimpressed by the fact that their friends and rivals were buying what they considered to be second best, and not the real thing. this is of course totally illogical but then humans are not necessarily logical creatures.

There were design problems too to content with. American roads were not like British ones. They covered very long distances, froze in winter and cracked in spring. Mud and poor repairs were common problems. The cars were expected to take the sort of hammering that they were simply not designed for. There were problems with spare parts such as starter motors, magnetos and dynamos; in the UK the manufacturers of these had good stocks and service facilities but not so in the USA, so minor breakdowns could cause high expense and long delays to put right.

Even the paint on a Rolls-Royce was unsuitable for the American climate. the British practice was to put anything up to 30 coats on to their cars; this produced a beautiful deep shine but the greater extremes of heat and cold caused this to crack, and colours to fade. Back in the days of the Ford Model T Henry Ford had stated that black was the only colour available; it was not long before the Rolls-Royce designers discovered that the most robust finish was a thin coat of black paint.

Throughout the continent there were many different mini climates and atmospheric changes and this affected carburation. Petrol quality was very patchy and the carburettors suffered from this as well. Even the petrol tank fillers were too small for most American pumps to fit into them easily. There were no petrol gauges initially and the long distances between American towns caused many a traveller to get stranded with an empty tank.

These were all problems that could have been solved fairly quickly by the management on the spot but Rolls-Royce did not work that way. Any alterations had to be sanctioned by Henry Royce himself who was not even at the Derby works, and could be either in the south of England or the South of France depending upon the season.

Financial problems surfaced. America was experiencing a boom but this was accompanied by high inflation. The cost of setting up the manufacturing facilities ballooned and at the same time the exchange rate of the pound against the dollar declined dramatically. It was not long before the American operation needed additional funding just to keep going. The company was burdened by additional higher than anticipated debt and interest payments, whilst at the same time sales were lagging far below forecasts.

There was a world of difference between the expectations of buyers in the United Kingdom and those in America. British Rolls-Royce customers were aware that they were buying a car which was unique to them, and finished to their own individual specification. If they had to wait a year or 18 months for it to be delivered than they were quite happy for this because they knew that perfection can take time. Americans on the other hand, although they were prepared to wait for a vehicle from Europe, were used to being able to walk into the showroom in their home town, pick a car and drive it away.

Customers who had already bought a car in America expected that when they wanted to change it for a new one the dealer would take it from them in part exchange without any quibbles. This was a practice that Rolls-Royce positively discouraged since they wanted their dealers to sell only brand-new cars.

The ultimate problem however was price. An American who wanted to buy a new car could get three or four for the price of an equivalent Rolls-Royce. These cars would not be grossly inferior either; American manufacturers by then were producing good quality vehicles that were not far behind the quality that Rolls-Royce could promise.

There was little point in trying to convince hard nosed business people in the USA that they would be better off buying a superior car that would last them for a very long time when it was infinitely cheaper for them to trade in a luxury car made by Ford, General Motors or Chrysler every year and benefit from the latest improvements and that ‘new car’ feel.

By 1928 the Silver Ghost was outdated and retooling for a new model would cost the sort of money that just couldn't be justified and so chassis were imported from Derby, increasing costs. At the same time Henry Ford was spending a hundred million dollars retooling to build his Model A which had brakes on all four wheels, shock absorbers, a windscreen wiper, a speedometer and even a stoplight. Almost overnight he had huge queues outside his showrooms.

Then came the 1929 Wall Street crash.

The Springfield factory struggled on for a couple more years but the American trade recession deepened and soon it was almost impossible to sell any car for anything like the cost of manufacturing it. It was obvious the American companies were far more cost conscious than Rolls-Royce and that there was no possibility that they would ever be able to compete on price. The quality of American cars had been improving in leaps and bounds, and the future prospects for the American branch of Rolls-Royce were so dire that no other American company was interested in buying it. The Springfield factory closed in 1931; the dream was over.
© 2020 Malcolm Bardsley. All rights Reserved.