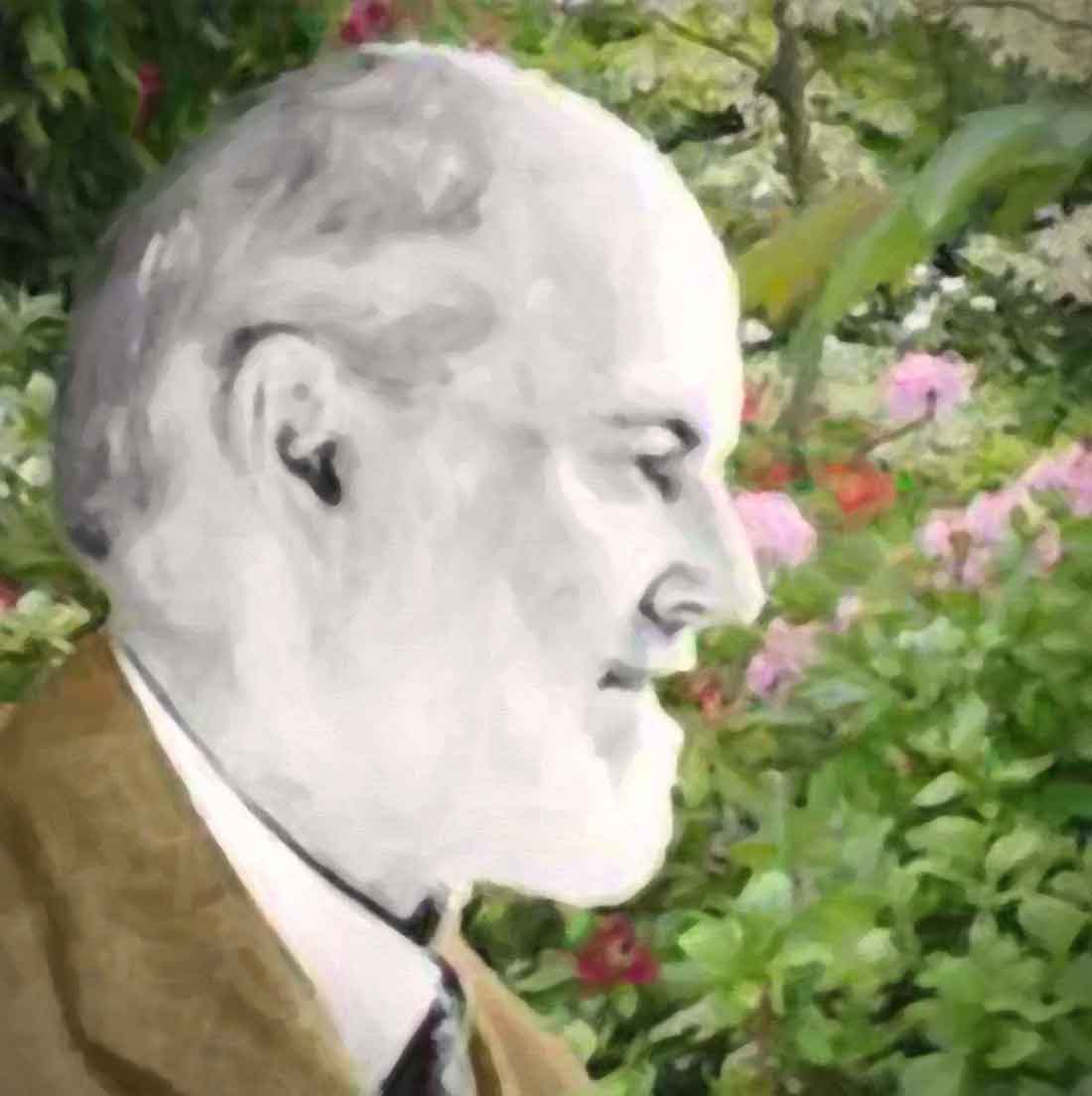 Henry Royce’s life was diametrically opposed to that of Charles Rolls’. Rather than being born into riches he knew extreme poverty from an early age.

He arrived on earth in 1863 as the latest of a long line of farmers and millers and his grandfather had actually made a good sum of money converting watermills to steam power. His father however suffered from Hodgkin’s disease. This is a cancer of the blood from which there was no cure at the time; it resulted in him being unable to earn a decent living and he eventually died early, aged just 41, in a poorhouse.

As a young child Royce had to go out and earn a pittance scaring birds away for neighbouring farmers, selling newspapers and delivering telegrams. the future looked bleak.

Fortunately his mother came from a large farming family and an aunt was able to step in and pay for him to become an apprentice at the Peterborough Great Northern Railway factory, but money was still short so he had to continue delivering newspapers whilst studying maths and engineering in his spare time. Even the contribution his aunt was able to make ran out eventually so he couldn't finish his ‘premium apprenticeship’; this was a paid for apprenticeship which would have resulted in him becoming a recognised skilled engineer.

To make things worse the engineering industry was going through one of it's periodical depressions and companies were laying staff off, not taking them on. He had a great struggle to get a job but finally managed to be taken on by a toolmaker. He worked extremely hard for long hours for this company and it became clear that he was a workaholic; something he remained for the rest of his life.

Life is full of ups and downs. His next ‘up’ was being taken on as an electrician by a company installing street lighting, but the next ‘down’ came when this company went bust. by then he had saved £20 by dint of sheer hard work and working long hours, and he set up his own business manufacturing electrical components. Not long afterwards another young ambitious man with a fair knowledge of electricity, Ernest Claremont, joined him, investing £50 in the business.

This was an era when most heating was by coal and lighting was by gas. A national electricity grid still lay well in the future so generating electricity was very much a local matter. It was not long before Royce was designing and building improved dynamos, motors, and eventually complete cranes. In the meanwhile Claremont handled sales, administration and the financial side of the business. Again Royce worked tirelessly, even being found asleep on his workbench when the early workers arrived in the mornings. He drove himself hard; and expected others to do so as well. This was all well and good but he neglected to eat properly, regularly working through what should have been meal breaks, and this may have contributed towards his ill-health later in life.

Fresh capital was raised and the business expanded further into the manufacture of major electrically operated cranes. A new factory was built opposite the WT Glover one in Trafford Park in Manchester, which was being run by Henry Edmunds, who he had already met and got along well with, and so the friendship and cooperation between these men grew closer.

The fame of the Royce Crane spread internationally. They sold one to the Japanese Navy and when a representative of the company visited it to check on it's progress he found that the Japanese had built an absolutely identical one themselves, even down to the nameplate! This copying of their products and breaching of their patents was to become a major problem, particularly after a slump in business after the Boer War.

Cheaper competitors began to eat into their markets. Royce steadfastly refused to try to compete on price; he was a perfectionist and making his products more cheaply would have meant sacrificing the high quality standards that he insisted on (and which Charles Rolls later found so irresistible). He needed a new product and decided to take a careful look at cars and their manufacture; this was vigourously resisted by Claremont who felt that they should sit tight and reduce costs during the recession, but he pressed ahead and built his own prototype, based loosely upon the Decauville but incorporating major improvements. These were not earthshakingly unique; rather than design complete new systems he preferred to examine existing ones and improve on them. This was a policy he followed for the rest of his life.

He also insisted on inspecting and redesigning, if necessary, even the smallest parts; his obsession with perfection, although it enabled him to produce vastly superior products to those is competitors were making, would not only affect his health in the future but also the efficiency of the business he was to start with Rolls.
© 2020 Malcolm Bardsley. All rights Reserved.