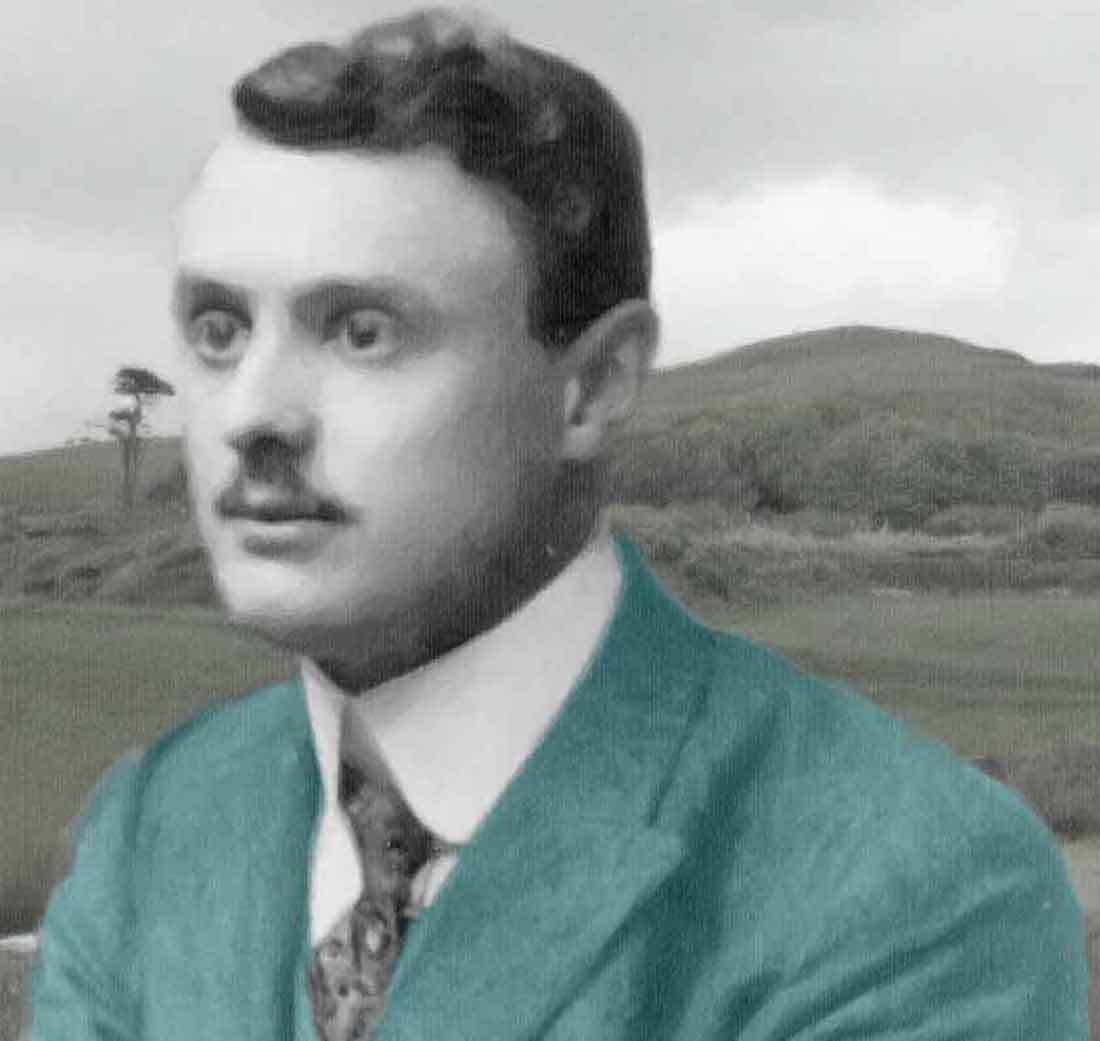 It is ironic that Charles Rolls, whose name is synonymous with the Rolls Royce car, made far less a contribution towards it in the end than most of the other major players. Perhaps we should call it a Royce rather than a Rolls.

He was born in 1877 in Berkeley Square London no less. His family were extremely well heeled. His great-great-grandfather had invested in land around the Old Kent Road in London and then he married into another wealthy family which owned more land in London as well as estates in Monmouthshire. Before his life was over he was building houses for the city’s expanding population.

His son was the black sheep of the family – every family seems to have one – more interested in gambling and working – but then, in turn, his own son began to rebuild the family fortune and expand it even further. By the time Charles was born the family were major landowners with a huge private income.

Despite this Charles seemed to enjoy getting his hands dirty! He went to Eton, naturally – a bit of a family tradition really – but messing with things electrical and mechanical gained him the nickname of ‘dirty Rolls’. He developed a more earthy attitude to life as well. His standard of dress was often best described as scruffy, and he was never happier than when he was covered in mud and dust in the middle of a car reliability trial.

Cars were not universally popular in Britain in those days; the horsey brigade were very much against them, and they were very powerful. It was not unusual for them to yell abuse at car drivers who, they felt, threatened to disturb their poor sensitive horses by the infernal racket that many of them made. Along with several other wealthy gentlemen Charles joined a society called the Self-Propelled Traffic Association which was devoted to persuading the British government to finally join the 20th century and repeal some of the more Draconian laws against driving.

By 1896 he had bought a second-hand car, a Peugeot Phaeton (a sort of open carriage originally designed to be pulled by horses) which he drove from London to Cambridge; for much of the time he and a companion obeyed the law which stipulated a maximum speed of two mph in town and four mph in the country (with one person walking in front carrying a red flag) but they still managed to complete the 12 hour journey at an average speed of about 4 ½ mph, with stops for water every 10 miles or so to prevent the engine coolant from boiling away, and with the occasional charge to a dizzying 20 mph when no one was looking! The car later nearly killed him when the brakes failed on a steep hill; he survived this but his love of taking risks remained.

In 1900 he entered the Automobile Club Thousand Mile Reliability Trial and got the gold medal for the best amateur driver; and he represented Britain in the International Gordon Bennett Trophy race in France. By them he had already spent time in Crewe amongst the lathes and mills of the London and North Western Railway Company and had set up his own engineering workshop, and then progressed on to selling imported cars. It soon became clear though that although he was selling cars which were the last word in early 20th Century quality they were still primitive by today's benchmarks. He wanted to build a car in Britain, which was of superb design and manufacturing standards, which he could sell to his wealthy contacts. For that, though, he needed a skilled engineer.

In May 1904 he met Henry Royce for the first time and they agreed that Royce would build such a car and Royce would finance and sell it. Without Rolls the Rolls-Royce partnership could never have got off the ground and, if it had, it may have failed soon afterwards. Yes the cars were of superb quality for the day; despite the fact they only had two cylinders they were smooth running and exceptionally quiet, so much so that some journalists felt that this was a drawback, since other people would not be able to hear the cars coming! However Rolls' contacts amongst wealthy people anxious to get cars of their own proved invaluable and he even even travelled to America in 1906 to promote the company’s products.

However by then he had developed another obsession; flying. A secondary reason for going to America was because he wanted to meet those pioneers of flying heavier than air aircraft; the Wright brothers.

His first experiences of getting up in the air were under a hot air balloon and he had already had around 130 flights. by 1908 though he had been up in a real flying machine courtesy of the Wright brothers and from then on soaring through the air was in his blood. He tried hard to persuade Royce to design aero engines but he was not interested, and Claremont, who was a partner in the company, was positively against it. Perhaps this is why Rolls began to lose interest in the business and devote more and more of his time to flying.

By 1919 his appearances at the Rolls-Royce offices had become spasmodic and by the end of the year he had given up his role as technical director, although he stayed on as a non-executive director. By 12 July 1910 he was dead.

He had become completely obsessed by powered flight. He bought a couple of aircraft from the Wright brothers and within three months completed around 200 flights. Bleriot had already flown across the English Channel from France to England; Rolls became the first person not only to fly from England to France, but also flew back again! He became an overnight sensation with a congratulatory telegram from the king himself, a gold medal from the Royal Aero Club and his own waxed effigy in Madame Tussaud’s.

The Ministry of Defence were taking an interest in this new form of travel which may have had military capabilities and he was invited to train pilots for the army; he designed a powered glider which he proposed to manufacture; and he planned to go back to the United States to discuss possible co-operations with the Wright brothers. Sadly none of this was going to happen.

At a flying display on 12 July 1910 he was bringing one of his Wright aircraft down to land but whether it was the steepness of his approach, or the way he pulled up the nose sharply, the tailplane of his aircraft failed to handle the stresses and it broke up. The aircraft fell from the sky and Rolls was so badly injured that he died several minutes later. It was only six years since he had first met Henry Royce.
© 2020 Malcolm Bardsley. All rights Reserved.